Why Cryptocurrency Tangibles Are The Future Of Alternative Investments

Why Cryptocurrency Tangibles Are The Future Of Alternative Investments 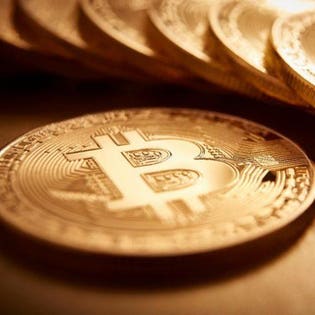 In the decade since the 2008 financial crisis, investment firms have become progressively focused on diversifying their clients’ portfolios with alternative investments. Traditional investments, such as stocks and bonds, are valued based on interest rates and GDP, and are therefore relatively liquid. Alternative investments, such as private equity and venture capital – as well as tangibles, such as real estate, precious metals and collectibles – are largely illiquid and considered uncorrelated, so their value often trends opposite of the market and increases with wider usage and adoption.

As blockchain and cryptocurrency, such as Bitcoin, gain more mainstream adoption among public figures, investment funds, traditional finance industries and popular retailers, it’s becoming an increasingly appealing option for investors looking to diversify their portfolios even further. The more online retailers, exchanges and brick and mortar stores accept cryptocurrency as payment, the more valuable and liquid cryptocurrency will become, and the more attractive it will be compared to other relatively illiquid tangible and collectible alternative investments.

Furthermore, the opportunity to marry new cryptocurrency and existing tangible assets presents new, possibly more secure, reliable and lucrative prospects for those interested in alternative investments. That’s because a new wave of collectibles, including art, luxury accessories and fine jewelry, provide — in addition to their own independent market value — secure and attractive deep cold storage for cryptocurrency. As the CEO of an alternative investment firm and the developer of the first designer watch to act as a deep cold storage wallet for cryptocurrency, I’m optimistic about the synthesis of cryptocurrency and tangibles and what the future holds.

“Cold storage,” as it pertains to cryptocurrency, is a means of keeping a reserve of currency offline, in order to protect it from system failures and security breaches. “Deep cold storage” methods add an extra layer of protection by making it more difficult to withdraw cryptocurrency than it is to deposit it. For example, a common way to employ deep cold storage is to lock a USB drive containing an encrypted cryptocurrency wallet in a safe deposit box.

Deep cold storage for cryptocurrency can be incorporated into virtually any tangible alternative asset in which people already invest. Offline-generated, non-deterministic, true random numbers generated (TRNGs) make it possible to store an unhackable private key on a USB drive that pairs with any tangible, collectible cold wallet. Smaller wearables, such as jewelry and accessories, can also act as transactional wallets with public QR addresses, by which users can deposit more cryptocurrency and access their balances.

This model can be applied to almost any product and industry, especially those for which blockchain will become necessary for tokenized ownership and authentication in the near future. Art collection startups are already selling limited edition prints that function as deep cold storage wallets with QR codes and private keys. In the near future, art collections may well double as cryptocurrency safes in many people’s homes.

Luxury brands, such as Louis Vuitton, Celine, Christian Dior and Givenchy have already started using blockchain technology to authenticate goods amid seas of counterfeit items that can often substantially outnumber authentic products. Blockchain is being used to track a verified item’s entire lifecycle, from raw material sourcing, through manufacturing, and even beyond second-hand sales. It’s easy to imagine a luxury wallet that’s already an investment piece also serving as a deep cold storage wallet for cryptocurrency.

Fine jewelry is another industry rich with opportunity for brands and designers to marry tangible and cryptocurrency assets. Diamonds are already being authenticated for meeting ethical standards on blockchain. Precious stones and metals are historic alternative investments with enormous future potential to also act as deep cold storage wallets. Valuable heirloom pieces could simultaneously be used to keep cryptocurrency inheritances safe and encrypted. Multi-signature contracts (contracts drawn among multiple parties that require multiple private keys to access cryptocurrency) could appropriately divide and structure payouts of such cryptocurrency inheritances.

There are hurdles to overcome. Many people don’t understand how cryptocurrency works or lack faith in its potential to become a mainstay in the global economy. But increased visibility of cryptocurrency will likely promote increased adoption. The desirability of cryptocurrency as an alternative investment will almost certainly grow as more brands design marketing campaigns around products utilizing blockchain and deep cold storage. Not only do I believe these innovations will promote transparent, ethical buying and selling; I believe they will also help popularize diversified investment portfolios and strengthen financial security for more people seeking added peace of mind in investments they already make.

This posted is syndicated from Forbes Crypto. Source Link